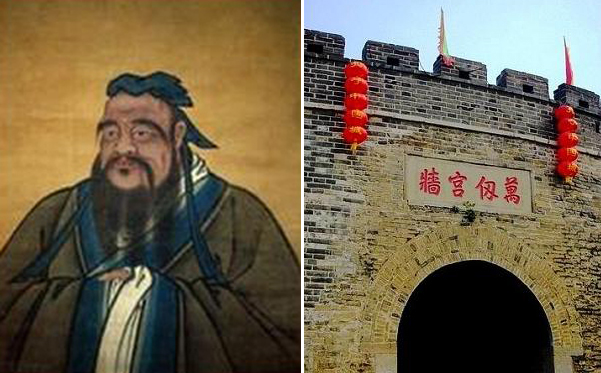 The Confucian Temple is a temple dedicated to Confucius, a thinker, politician, and educator during the Spring and Autumn Period in Chinese feudal dynasties. , Located in the center of Qufu City. It is a group of ancient buildings with oriental architectural features, large scale and magnificent.

Wanjing Palace Wall: There is an ancient city wall just south of the central axis of the Confucian Temple.\"Mandai Palace Wall\"The origin of the name:\"Lun Yu\" has a story like this: Confucius' disciple Gong once drew Zulujun at the court. Once, Uncle Sun Wu of Uncle Lu said to the doctors at the court:\"Zigong is stronger than Confucius.\"Zigong who was present made a parable saying: \"Human learning is like a palace wall. My wall is not a shoulder, and people can see everything in the wall at a glance. The wall of my teacher Confucius is high. If he cannot find his door, he cannot see the wall. The majesty of Neizong Temple and the colorful houses.\"After listening to these words, my uncle Sun Wu suddenly felt complacent for his shallowness. Later, people felt\"Master's Wall\"Not enough to express admiration for Confucius, so Ming Hu Jiuzong wrote\"Mandai Palace Wall\"Mounted on the Yangsheng gate. Emperor Qianlong of the Qing Dynasty expressed his respect for Confucius and replaced it with his own pen.\"Mandai Palace Wall\"Four characters.