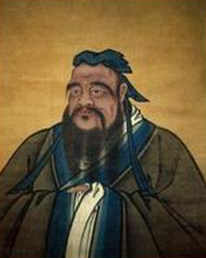 Confucius: (Before551-前479), The great Chinese philosopher Confucius is the master of Chinese cultural thought, the founder of Confucianism, Confucius Mingqiu, the word Zhongni. At the end of the Spring and Autumn Period, the people of Luguoyi (Qufu, Shandong) were born in the noble family of the Song Dynasty and studied hard. He once engaged in the occupation of Confucianism (aristocratic funeral praisers) and started private school in middle age. He once served in Zhongduzai, Sikong, and Sikou of Lu country. After four years, he was conspired by villains, abandoned his job, and led his disciples to travel around the country. After 13 years, he returned to Lu in his later years. The Analects20This article is a record of Confucius disciples and their re-disciples about Confucius' words and deeds.