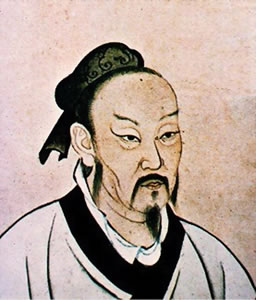 Mencius (formerly372Years ago289year). Lu people during the Warring States Period(People in Zoucheng, Shandong today), Han nationality. Famous name, the word Ziyu, and the word car, Ziju. His father's name was violent, and his mother's son-in-law. Mencius was a famous ancient Chinese thinker, educator, and representative of Confucianism during the Warring States Period. Author of the book\"Mencius\", inherited and carried forward Confucius' thoughts, and became the second generation of Confucian masters after Confucius.1330), Mencius was sealed as\"Ascension\", Later called\"Yasheng\"It is second only to Confucius, and together with Confucius is called\"Confucius and Mencius\".

The ancestor of Mencius was the nobleman of the Lu Kingdom, Mensun, who had a weak family and moved from Lu to Zou. Mencius lost his father at the age of three, and his mother raised him up hard.\"Meng mother moved three times\"、\"Meng mother weaving\"Waiting for a story, becoming an eternal beauty talk, is a model of later motherhood. The book Mencius is a compilation of Mencius's speeches. It was co-authored by Mencius and his disciples. It records Mencius's Confucian classics of language, political views, and political actions. In the Southern Song Dynasty, Zhu Xi referred to Mencius, The Analects, University, and the Golden Mean together.\"Four books\". From then until the end of the Qing Dynasty,\"Four books\"The imperial examination content has always been.